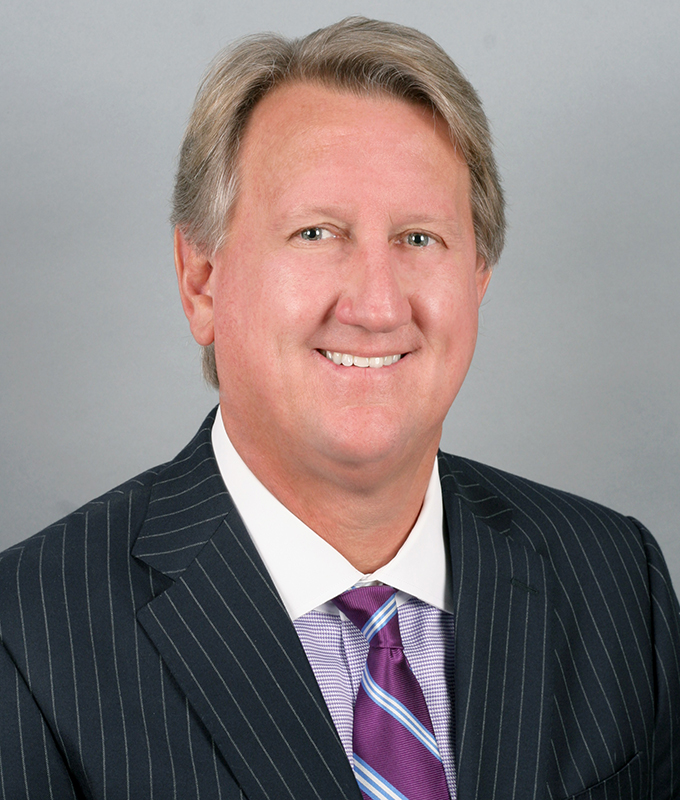 Michael T. Fay is a prominent commercial real estate rainmaker with over 35 years of experience. He is an owner advocate, realizing the full value of an asset through creative, strategic positioning and in-depth market knowledge, while also identifying potential development opportunities which can further enhance an asset.  With an enviable depth of relationships with investors locally, nationally and internationally, Michael has been involved with over $12 Billion in closed transactions, specializing in capital markets, REO and note sales, as well as strategy and implementation for large national corporate real estate accounts.

On a national level, Michael works with institutional and private investors, lenders, special servicers, REITs, hedge funds, national and local banks, insurance companies, major automotive dealerships, and commercial debt restructuring firms.  During the last ten years Michael has worked with over 50 financial institutions, lenders and special servicers on REO and note sales including the FDIC in the sale and management of their assets. He has extensive knowledge and experience in banking as a past founder and director of a community bank and has been involved in the selling of bank assets and notes dating back to the Resolution Trust (RTC) days (1989-1995) where he handled the sale and disposition of hundreds of assets of every product type.   Michael was also a co-contractor in the disposition of the Southern District of Florida’s United States Marshall Service drug seizure assets encompassing over 600 assets over a five-year period (1989-1994) and has, and continues to have, extensive sales experience within the US and civil courts, as well as the US Bankruptcy Courts, having been a court-appointed receiver, plan trustees or exclusive real estate broker.

Michael is the Chairman of the U.S. Capital Markets Group Executive Committee, as well as the national director for the Asset Resolution Team Affinity Group.  In 2019, he was named a Top 250 Power Leader by the South Florida Business Journal, as well as a commercial real estate Heavy Hitter by South Florida Business & Wealth magazine. In recent years he has also named one of Real Estate Forum Magazine’s Top Office Brokers and Commercial Real Estate Rainmakers (No. 9 and 11, respectively), nationwide. For several consecutive years Michael has also been awarded the Circle of Excellence at Avison Young for his annual production. At his former firm, he was honored for being amongst the top producers in the United States and awarded the Team Innovation Award for his innovative work with the Asset Resolution Team.  He also served on their national advisory board.

Michael’s local community ties run strong.  He was most recently elected as a member of the prestigious Florida Council of 100.  He currently serves on the Ocean Reef Club Real Estate Advisory Committee, the Miami-Dade Community Advisory Board for AvMed Health Plans, and the St. Thomas University Board of Trustees.  Michael also sits on the executive committee of the Board of Trustees for HistoryMiami Museum and is a past Chairman of the Board of Directors for Informed Families, the “Say No To Drugs” and Red Ribbon Week sponsor. At the age of 24, Michael was the youngest Member elected to the Orange Bowl Committee and continues to serve proudly.  He is also a board member at the McGlannan School Foundation, an accredited research-based private school dedicated to children living with dyslexia and other language-based difficulties.

Besides his real estate career, Michael is an avid surfer and a nationally and world-ranked wakeboard champion. He is a founding partner of the Miami Wakeboard Cable Complex with Aktion Parks, and through 2014, has consistently placed in the top three in the veteran’s wakeboard and open wake skate divisions in the World Wakeboard Association championships.  Michael is currently sponsored by Hyperlite, SPY Optic, Rockwell Watches and Super Air Nautique Boats.

Michael graduated from LaGrange College with a Bachelor’s in Business Administration and is a member of the Pi Kappa Phi fraternity.