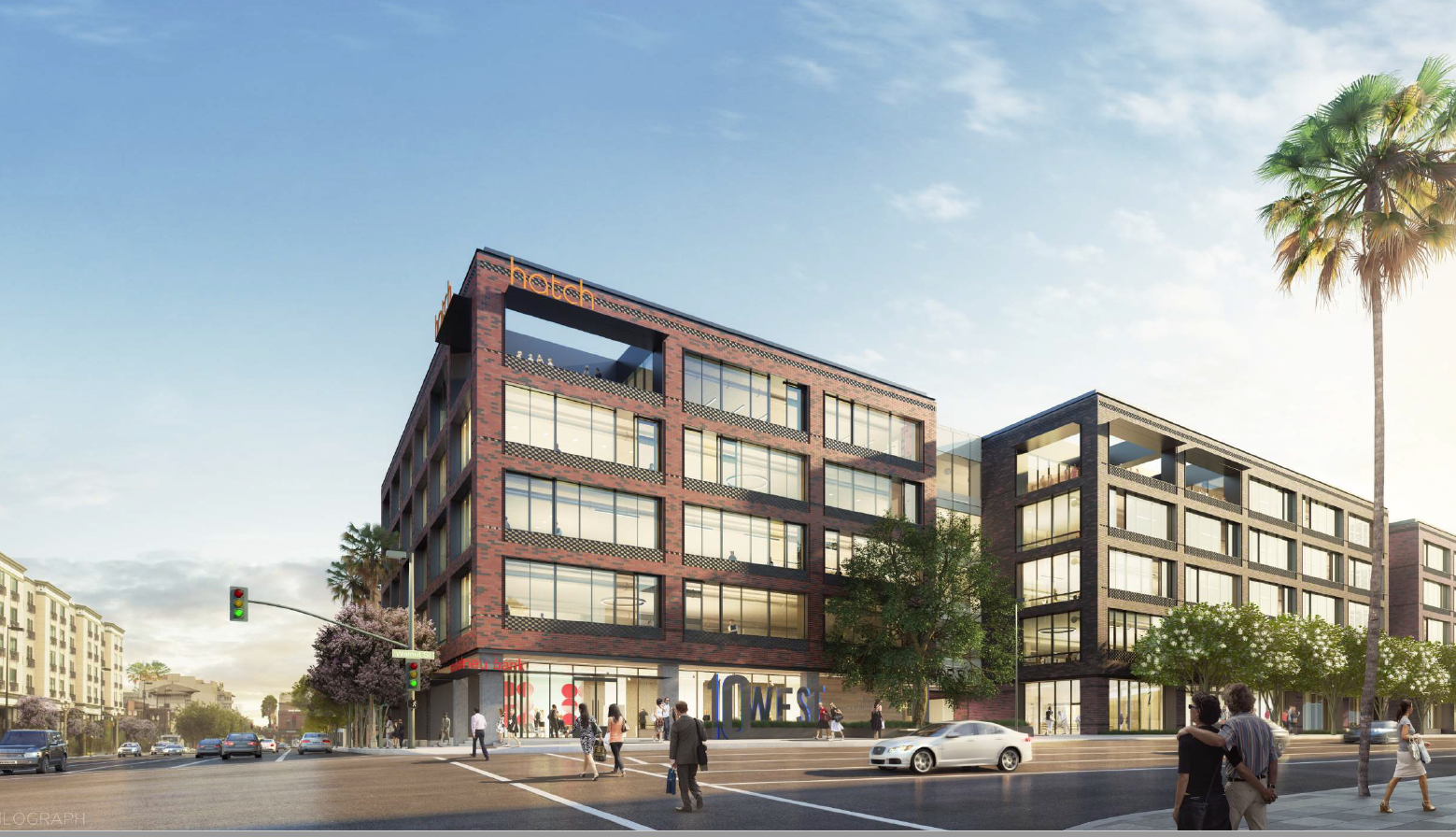 Pasadena, a suburb northeast of downtown Los Angeles known for the Rose Bowl stadium as well its local shops and restaurants, could soon be transformed by a large mixed-use development surrounding the headquarters of defense and security firm Parsons Corp.

Dallas-based developer Lincoln Property Co. is building the long-anticipated, 1 million-square-foot urban village known as 100 West Walnut, at 100 W. Walnut St. , in the popular shopping and dining district, Old Town Pasadena, an area that has not seen much new development.

“We saw this as a great opportunity to create long-term value in Pasadena and to really develop a great mixed-use campus, including residential and office and retail, and the opportunity for a company to be able to come in and build a campus, which is very hard to do in Los Angeles today,” said Rob Kane, executive vice president at Lincoln Property Co. “To be able to deliver state of the art high-end office space into a market that hasn’t had any truly new office space in over two decades.”

Located about one block from a popular main thoroughfare of Colorado Boulevard, lined with local boutiques and eateries as well as national chains such as Pottery Barn and Cheesecake Factory, the project will be built in two phases, according to Kane.

No timetable has yet been set for the second phase of the project as it will depend on market conditions, according to Kane.

The project is being built on existing, surface parking lots of the Parsons campus in what is the largest parcel of land to be developed in the city of Pasadena, according to Kane.

Parsons sold its former headquarters to Lincoln Property in 2011 for $319.9 million, or about $377 per square foot, in one of the largest sales in the city, according to CoStar data. Parsons leased back and still occupies space in the existing office tower on the property, according to Kent Handleman, senior vice president of marketing at Lincoln Property Co.

Kane described the Tri-Cities, which consist of Pasadena, Glendale and Burbank, as “a very vibrant office market and, certainly, a vibrant residential market and well served by high-end housing and a great tenant base.”

The local stakeholders nonprofit organization Old Pasadena Business Improvement District (BID) sees the mixed-use development as bringing much needed development to the area that could attract more people to the area, according to Steve Mulheim, its president and chief executive.

Andrew Berk, a principal at Avison Young, said he is glad to see a project being developed in an area that has almost been like a “dead zone” in the neighborhood.

“That’s a transformative project for Pasadena that’s been talked about and been in the works for years, so it’s exciting to see it’s finally coming to fruition,” Berk said.

He thinks it could also help attract tech companies, which have booming with expansion across Los Angeles recently. That's something Kane said his company is hoping for as well. The area is already home to one of the most prestigious schools of technology, the California Institute of Technology.

Berk, who has been working in the Pasadena market for 17 years, said there is little creative office space or newer office space in the city.

“Old Pasadena has just become more and more of a destination spot, not just for retail but for creative office users both entrepreneurial and startup and existing ones,” Berk said.

“We think the architecture is so perfectly suited for Pasadena and also to cater towards these really high-end companies,” Kane said. “To be able to do that in a mixed-use environment really, we think, sets our project apart from all of the other projects that are being developed right now.”

Some other construction is starting to kick off around the city, including the new, five-story headquarters for life science real estate company Alexandria Real Estate Equities at 380 E. Union St.

The project is planned to include 82,000 square feet of office space. The project is expected to deliver at the end of the year. It is being designed by San Francisco-based architectural firm Gensler, with Crenshaw Creative Corridor-based design firm Rios Clementi Hale Studios as the landscape architect.