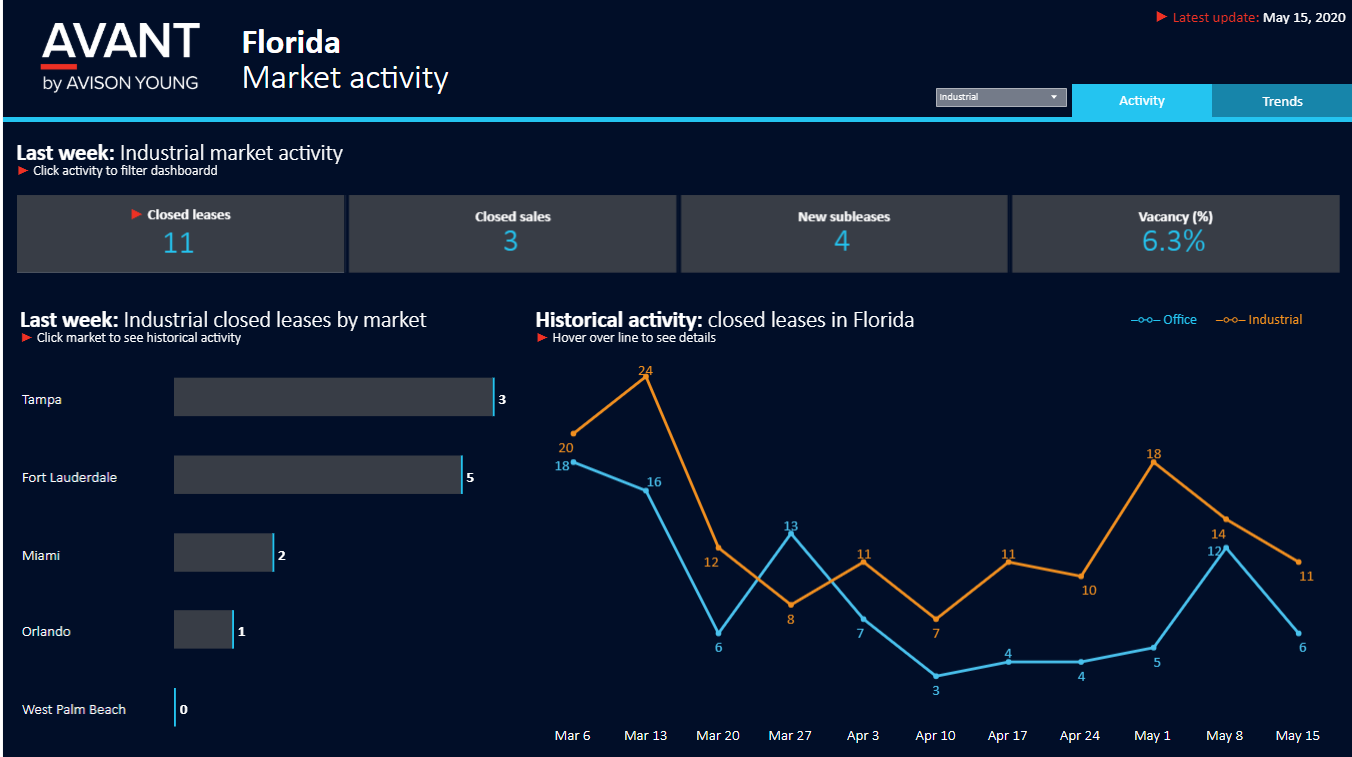 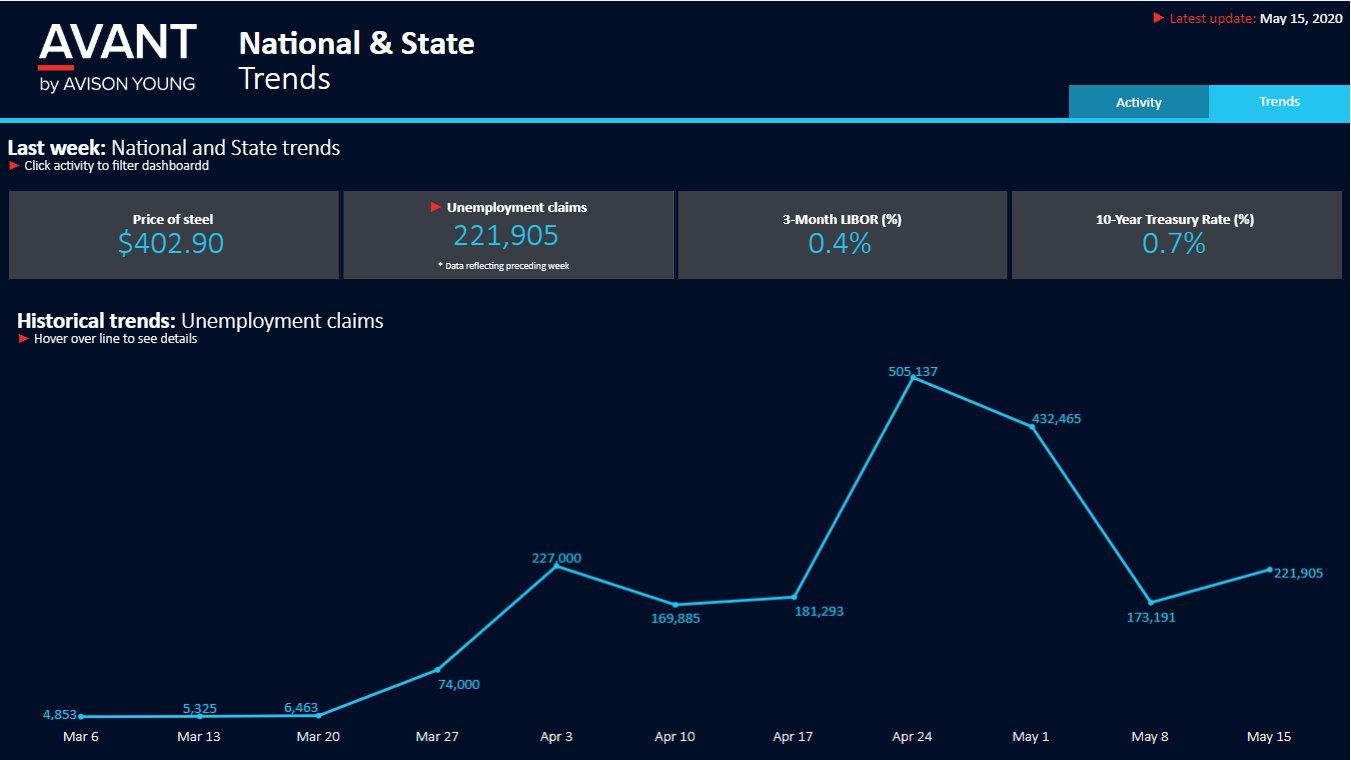 With regard to rent collection, the general consensus is that as companies have gotten their federal stimulus money, they have increasingly been more able to cover their rent. Rent collection to date for May is similar to what was collected in April. Many office and industrial landlords have been deferring rent at 0% interest with a payback over the remainder of the term, or at the end of the year.

Landlords are actively trying to blend and extend but tenants are hesitant. Essentially, rent is not being forgiven but landlords are providing tenants options to renew early.

Industrial activity along the I-4 corridor continues, particularly within larger distribution buildings. There are 5+ companies scouring the area for deals between 500,000 sf and 750,000 sf, and some of those deals will be signed in the next 60 days. Deal flow for leases under 300,000 sf also started to gain traction over the last week. In South Florida, a plastics manufacturer from New York has been touring the Miami industrial market for 200,000 sf to 300,000 sf of warehouse space.

Tenants with near term expirations are being forced to make decisions and commitments but those with time are waiting to see whether rental rates and concessions will become more beneficial, and in the meantime are cautiously evaluating their future footprint needs.

As new recommendations are coming out regarding the frequency of “fresh air” intake for HVAC systems in multi-tenant office buildings, it could lead to unplanned capital expenses for some owners.

Construction activity in South Florida continues to move forward. There have been some delays due to fewer workers being allowed on the site and following appropriate social distancing measures. The largest bottleneck in construction continues to be within permitting and inspections.

There is an increasing disparity between small businesses that are eager to safely get back to work and large corporations that are being bogged down by liability and insurance issues from the pandemic, making it more difficult for them to restart.

Two weeks after threatening to halt construction on the One West Palm development in Downtown West Palm Beach, Jeff Greene has announced that he will continue to move forward with construction on the project as is, but at a slower pace if it is not able to be rezoned from an office and hotel project to a multifamily project.

A major South Florida developer recently backed out of an industrial land purchase in Hialeah Gardens, despite being far along in the approval process. In the same area, Ram Steel purchased a 106,000-sf warehouse for $7.55 million*. This was an owner-user purchase, one of the deal types that seems to be to moving forward during the pandemic. Other transactions include The Related Group’s purchase of a development site that was formerly a manufacturing facility in Miami’s booming Wynwood neighborhood for $18.5 million, or over $8 million per acre, and Realterm Logistics purchased a 157,000-sf cold storage facility in Opa Locka for $26 million.