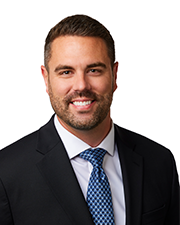 Driven leader with fifteen years of international business experience in logistics and supply chain. Matt is multilingual and has an in-depth understanding of the complex dynamics of supply chain after spending more than a decade managing operations in the USA, Canada, the Netherlands, Germany, Australia, Hong Kong, Shanghai, and Shenzhen, China. Matt is a creative problem solver who thrives on developing strategies to implement smart solutions and achieve goals.

Having lived in Latin America for over 12 years, the United Kingdom for two years, and the United States for over 20 years, as well as, having worked extensively throughout Southeast Asia and Western Europe, Matt approaches his work with a multicultural perspective. Matt is fluent in Spanish and can speak German.

A graduate of Purdue University, where he played NCAA basketball. Matt was a 4-time Academic All-Big Ten honoree, the recipient of the Distinguished Scholar-Athlete award for outstanding academic achievements, and the Ward Lambert academic award.