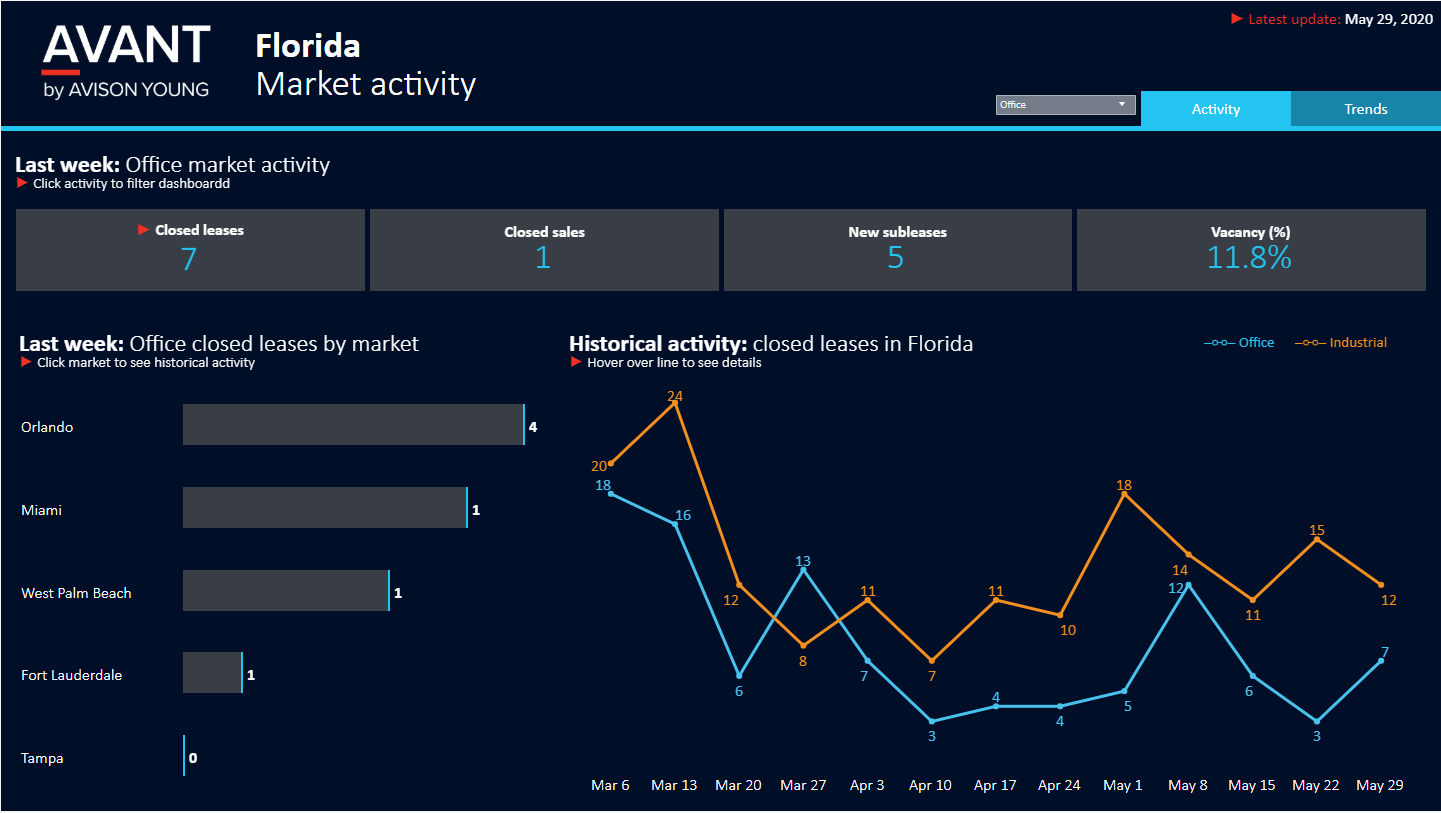 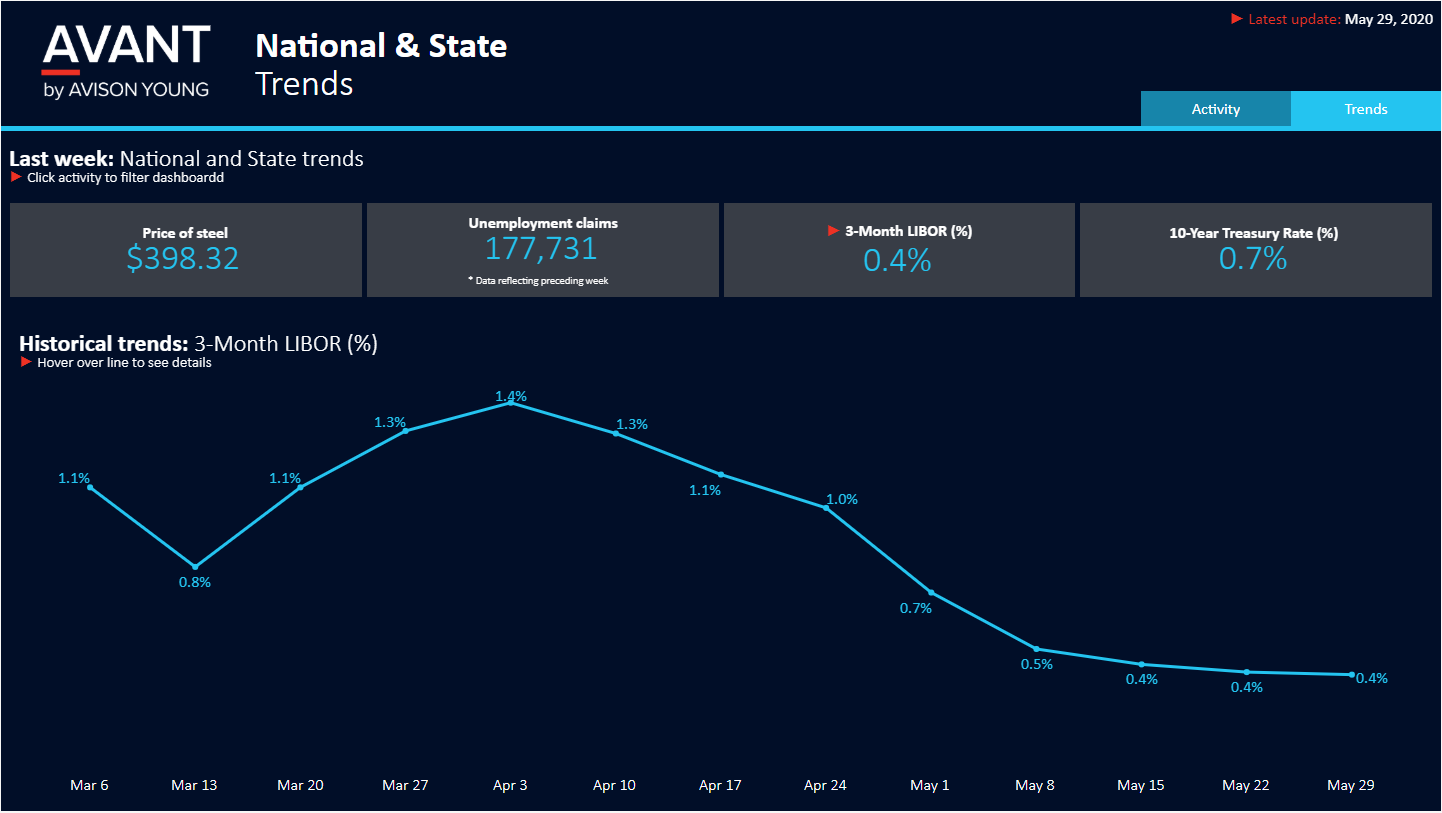 A prominent coworking company has announced it is seeking to renegotiate its leases due to the impact of COVID-19 on its profitability and business operations.

Some deals that had been previously put on hold are now beginning to move forward and more deals are turning from rent relief to restructuring and adding on more term at the end of the lease. In Miami, Vitas Healthcare signed a 25,561-sf renewal and expanded by 9,741 sf.

Larger office requirements are becoming more active in key markets. In South Florida’s Southwest Broward submarket, a handful of 100,000 sf to 200,000 sf office users are currently touring for space, and Tampa has had an uptick in leasing interest as well.

The Southwest Broward submarket remains active in the industrial sector. Following the signing of a 112,000-sf deal by Brandy Melville last week, a local tenant is also currently touring the submarket for a 35,000-sf expansion.

The effect on office space demand in Miami will likely be subtle as the difference between an increasing number of companies reducing overhead by allowing more employees to work from home is countered by an increase in space needs due to social distancing.

Supply chain disruptions caused by COVID-19 are expected to drive lasting changes in storage and logistics. Cold storage facilities will likely see a rise in demand, as consumers have grown increasingly accustomed to buying groceries online. Also, according to the Wall Street Journal, there is a surge in demand from retailers and direct-to-consumer brands that are overwhelmed by online orders and are looking to work with companies that connect businesses with warehouses that have space to share, especially for staples like cleaning supplies and paper goods.

In St. Petersburg, Coca-Cola is planning to build another 20,200-sf warehouse, likely a last-mile facility due to its small footprint, to add to its Tampa Bay logistics chain. The beverage company is also planning a massive 1.4-million-sf manufacturing and distribution facility in Brandon.

The 3-Month LIBOR rate has fallen by 106 basis points (bps) since the beginning of April due in large part to the Federal Reserve cutting interest rates by half a percentage point in May. As a result, many lenders have become more conservative with their leverage and are placing floors on the indexes of 75-100 bps.