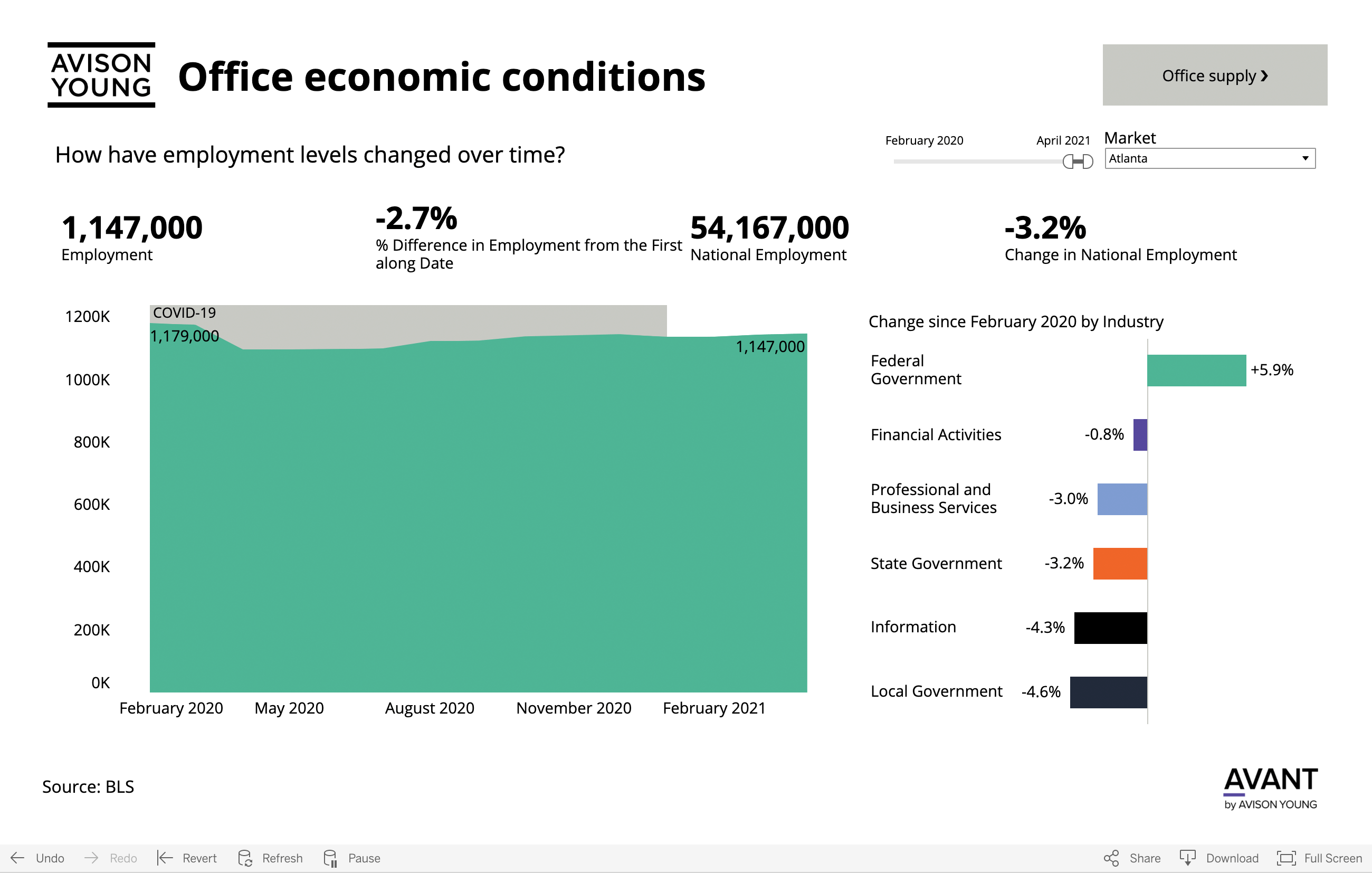 The Detroit Office market has proven to be more resilient than prior recessions when looking at several fundamentals including unemployment, employment, vacancy, and investment volume. In addition, Detroit did not see a spike in sublease availabilities as observed in several other markets throughout the pandemic, the large office occupiers such as Meridian, GM, Ford and Blue Cross Blue Shield did not add any sublet space to the market.

The State of Michigan recently announced the full re-opening which lifted most restrictions and can anticipate an uptick in activity during the second half of 2021.  Bellwether companies are beginning to return to the office, a leading indicator for rejuvenated office demand.  The most notable being, Quicken Loan who returned to work on June 7th which could have a trickle-down effect on other banks and industry segments.

Detroit unemployment rate as of April 2021, dipping below pre-pandemic level

Historically tightened labor market conditions were halted by the pandemic with nearly 600,000 job losses between February and May 2020. However, reopening efforts enabled the economy to add 31% jobs since May 2020.

Change in office-using employment during the pandemic

Detroit MSA job losses have declined by 6.7% since the start of the pandemic, though office-using jobs contracted by 3.3%. Office using job losses accounted for only half of total MSA's performance and this recession's impact on the office-using labor market has been less severe.

There is no modern precedent for the post-COVID slowdown in leasing activity - not 2001 nor 2008 - due to the sudden change in office occupiers' future workplace strategies and the 2020 recession.

Office sales activity has temporarily paused during the risk-pricing crisis, decreasing by an annualized rate of 34.7% compared with prior five-year average dollar volume.

Your source for the latest Detroit office market reports

The dashboard was delivered through AVANT by Avison Young: leveraging real-time data and analytics to make cities and location-based decisions more transparent and efficient. Learn more about AVANT.

Get the latest Detroit office market reports right in your inbox

Our contact service requires the use of cookies to provide an optimal experience for you. Your current cookie setting prevents us from sharing this feature with you.